He was born in Vire in 1981. After studying dance in Caen and at the CNDC in Angers, Samuel LEFEUVRE moved to Brussels where he danced with the Compagnie Michèle Anne De Mey, then for the Ballets C. de la B. (Wolf by Alain Platel and La Mancha, Patchagonia and Primero/Erscht by Lisi Estaras). It was during the creation of Wolf that he first met Franck Chartier and Gabriela Carrizo who invited him to join the Peeping Tom collective for Le Salon and Le Sous-Sol. Since 2007 he has collaborated with the musician Raphaëlle Latini, with whom he founded the groupe ENTORSE. While working with the group he also collaborates regularly with the theatre director Julie Bérès, creates his own pieces (the solo monoLOG, the Bootstrap II evening – renamed the event – at the Théâtre de la Balsamine in Brussels, in collaboration with Florencia Demestri) and teaches and leads choreographic workshops (notably at La Raffinerie/ Brussels and at Deltebre Dança/ SP …). 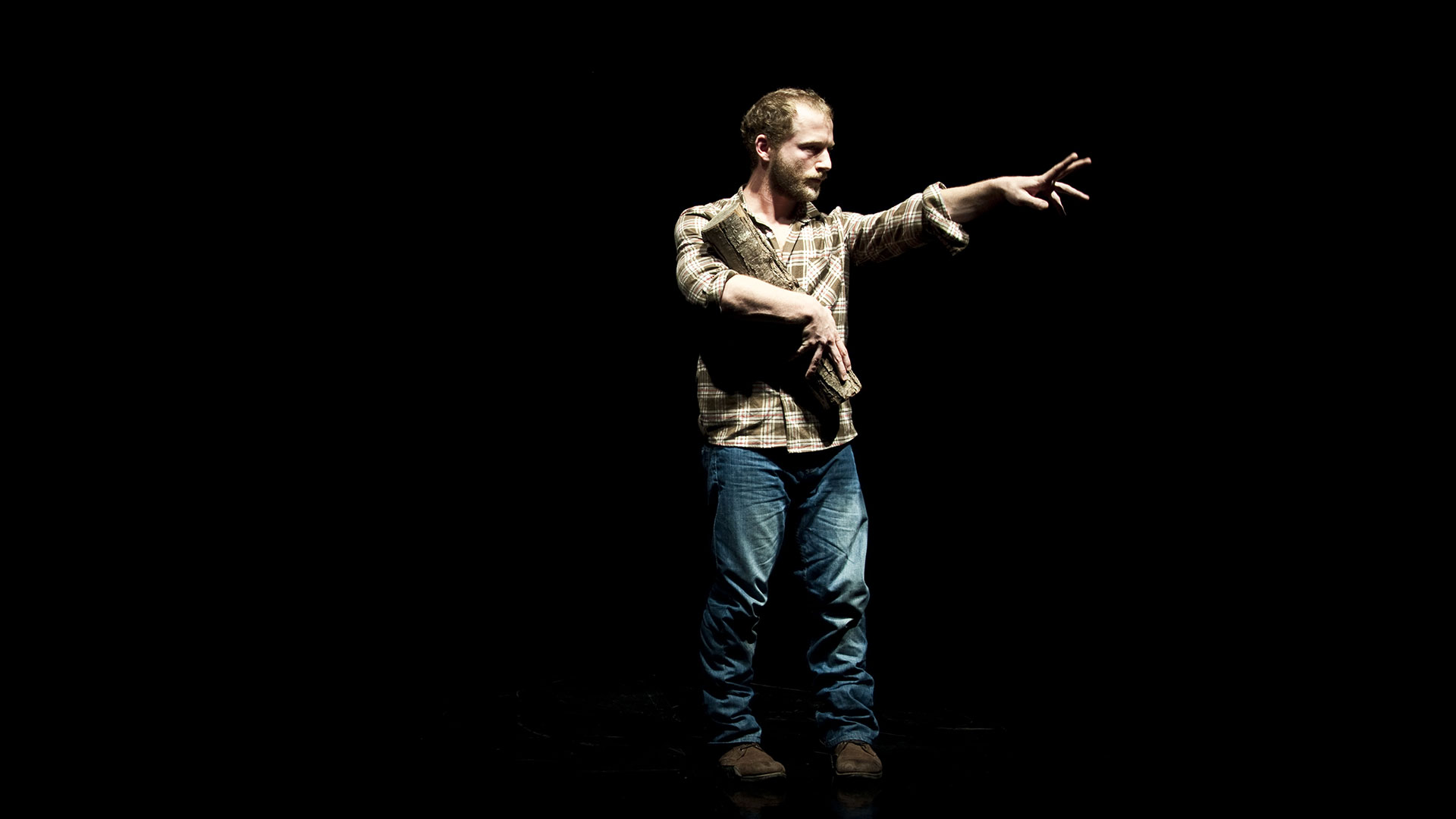